Signup now!
Home » Conte comments on the attitude displayed by his players

Chelsea won three important points away to Everton at the weekend. Manager Antonio Conte was delighted with the victory and praised his players for their winning mentality.

Chelsea won by a three goal margin against one of the more efficient Premier League teams, Everton. Antonio Conte was happy with the way his players approached the game. The victory leaves Chelsea four points ahead of Tottenham with only four games left to play.

The teams remained even until the 66th minute when Pedro came through for Chelsea. The London side made use of the space left by an attacking Everton side to add another two goals through Cahill and Willian.

“In this type of game it’s easy to lose your head, lose your balance,” Conte told Sky Sports. “For this reason at half-time I told them to be calm and to stay in the game.“ 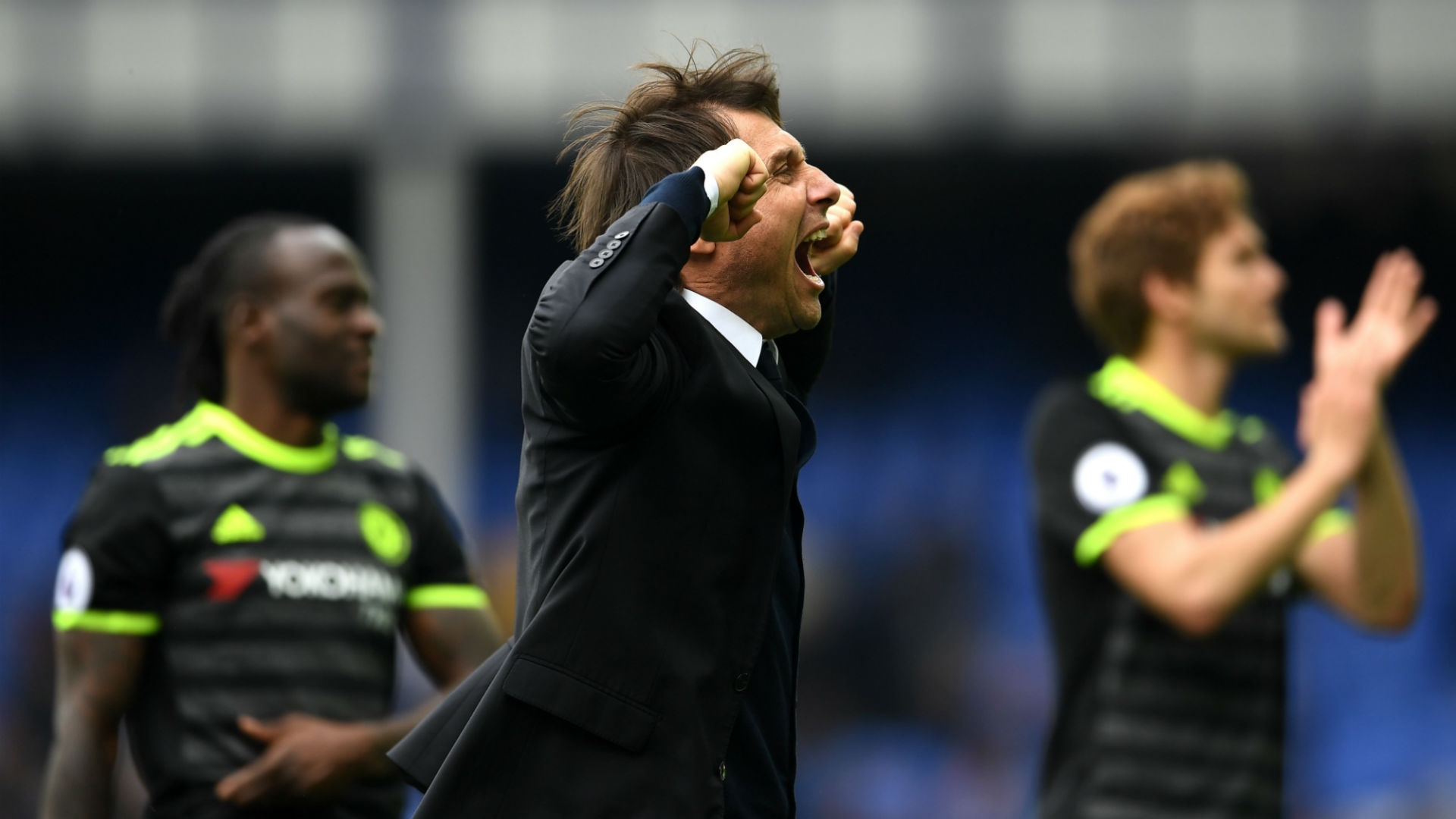 “We had a lot of patience for the right moment to hit, and we deserved the win. We scored an amazing goal with Pedro, then the second and third, but it was not so easy. This gives us lots of confidence. Now it is important to prepare the final rush. If in the next game against Middlesbrough you don’t win you lose this victory. We must look step by step.”

Chelsea has every reason to be confident. Not only has the club maintained the point difference to Tottenham, but it looks as if the last fixtures could be more comfortable for Conte’s side. Chelsea will play Middlesbrough, West Brom, Watford and Sunderland. Tottenham will have a more difficult list of fixtures.

Elsewhere, Tottenham remains in the race for the Premier League title after a 2-0 victory over rivals Arsenal at White Hart Lane. Manager Mauricio Pochettino maintains hope in his side’s chances.

“It is so important now to try to win trophies, that is our aim. I think still we are in the race. It’s true that it will be difficult but we will see what happens.”