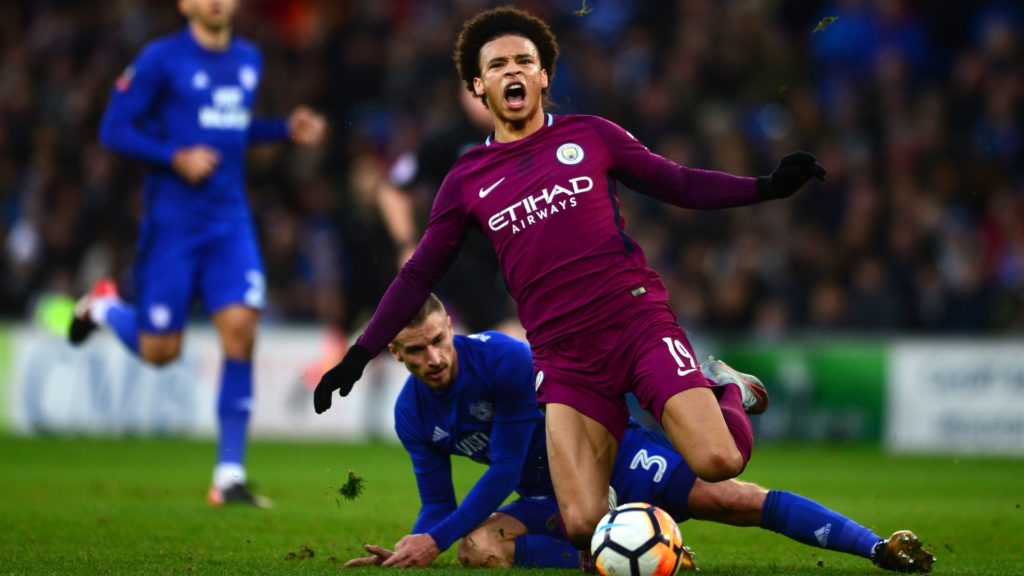 Manchester City secured an easy victory against Cardiff City in the FA Cup, but the main talking point on the night had to have been Leroy Sane’s injury through a terrible tackle courtesy of defender Joe Bennett.

City win against Cardiff City, but lose Sane to injury

Pep Guardiola maintained their recent tradition of victories, although hardly very exciting ones. Manchester City got 2-0 above Cardiff City to move through to the fifth round of the FA Cup. The victory was never in much doubt. It leaves Guardiola’s side chasing what could turn out to be a historic treble. The winners were never in much doubt. Because of this, media headlines were dominated by a different story. 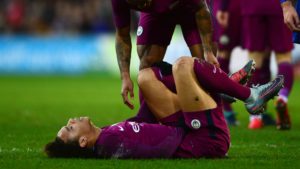 Midfielder Leroy Sane picked up an injury that could see him off the field for at least one month. It came as a result of defender Joe Bennett’s terrible tackle on the player. To many spectators surprise, the challenge did not earn the player a direct red card. It took another challenge on substitute Brahim Diaz to see Bennett offered a red card by the referee.

Bennett later apologized for the injury through a Twitter statement signaling the player’s regret. He, also, says the tackle was simply a mistake and that there was no intention of harming Sane. It remains to be seen if Cardiff manager Neil Warnock will be convinced by the apologies. Warnock told reporters that Bennett behaved unprofessionally and promised measures would be taken against the player.

Meanwhile, on the pitch, City had few problems in securing qualification to the fifth round of the competition. Goals from Kevin De Bruyne and Raheem Sterling were enough to offer the Manchester side victory. The team had another strike from Bernardo Silva controversially ruled out through an offside decision.

Manager Pep Guardiola confirmed Sane’s is likely to be off the pitch for around one month. The midfielder sustained an ankle injury. It remains for the team’s physicians to determine exactly how much the player is supposed to be out of contention. 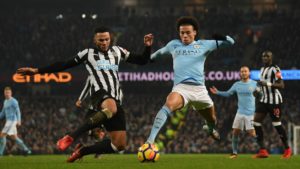 “He will be out for a while. Maybe two or three weeks, one month. We will see tomorrow exactly. It is his ankle,” Guardiola told reporters at the press conference after the game. Sane has enjoyed a wonderful season so far, managing 11 goals and 14 assists in all competitions. It is likely that the player will be out of the English side’s Champions League first leg against Basel.

A more surprising reaction came courtesy of Germany’s Twitter account. A message was issued after the game, tagging the Cardiff side.It reminded the team of two of City and Germany’s top players and their World Cup plans. “Hey, @CardiffCityFC. Just letting you know, we have a really important tournament in the summer. Please don’t hurt our players. Thanks, #DieMannschaft #inSane,” read the Tweet.  Germany is expected to try and defend their trophy this summer, during the Russian tournament.