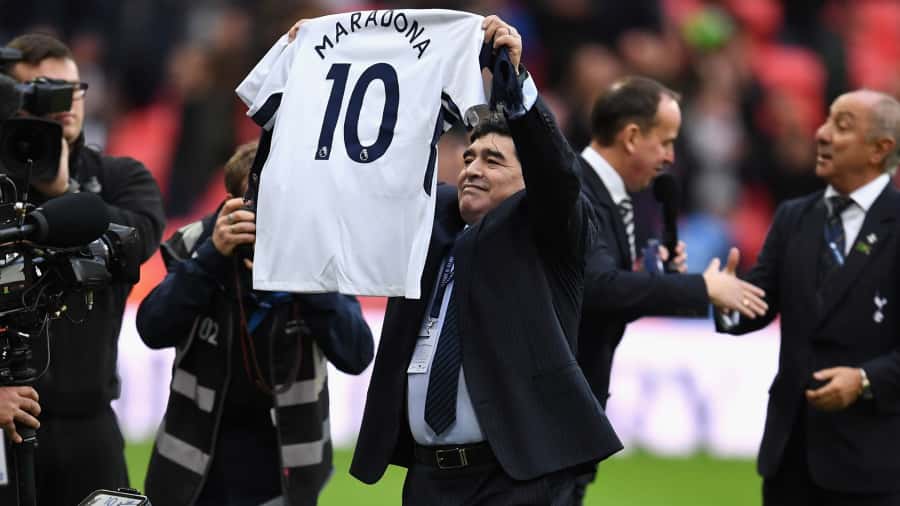 Celebrating one of the greatest. Happy birthday Diego Maradona!

Celebrating one of the greatest. Happy birthday Diego Maradona! from FootballCoin on Vimeo.

A player that could practically do anything, at practically any time he wanted. Diego Maradona was recently described by Tottenham manager Mauricio Pochettino as “the greatest player of all time”. Many football fans across the world would agree.

Diego Maradona’s life and career read like that of a folk hero. A poor Argentinian kid made good, Maradona became one of the most respected and well-known players in the world. Succesful both with his national team and at club level, while playing, “El Pibe de Oro” (“The Golden Boy”, had the eyes of the world on everything he did.

Maradona’s legend started to develop while as a player of Argentinian side Boca Juniors. The offensive midfielder then moved to Barcelona. After two successful seasons, he became part of Napoli’s side, that would go on to success in the Serie A. It was at this time that Maradona reached his career peak, becoming Napoli’s all-time greatest goalscorer and helping the club to two Serie A titles, as well as the UEFA Cup.

Maradona was perhaps the player most responsible for Argentina’s success in the 1986 World Cup. It wasn’t just his “Hand of God” goal against England. Overall, the player’s skill was something few football fans had witnessed before. At 57, Maradona is still acknowledged as one of the greatest and revered all over the world, particularly in his native country of Argentina.

Leicester are a ‘yo-yo’ team – Ranieri

Daniel Sturridge will not play in the Merseyside derby

Fan protests will have influence on future – Wenger