Signup now!
Home » Michael Carrick to be celebrated by current and former stars through game testimonial

Manchester United will celebrate the great Michael Carrick for his 11 years at the club with a one off game.  The testimonial is to be played in June. Several Man United legends will attend the occasion.

A United legend, Carrick continues to be one of the best players at the club. To celebrate his career Man United will organize a game in his honor. Among the Red Devil legends that are to take part in the game fans are going to see Paul Scholes, Ryan Giggs and Gary Neville. Other football stars present on the occasion will be Steven Gerrard, Frank Lampard and Michael Owen.

The game will see Manchester United 2008 XI play against the Michael Carrick All-Stars XI. Consequently the Manchester United team will include stars from the famous side such as Rio Ferdinand and Edwin van der Sar. In 2008 Manchester United won the Premier League and the Champions League. The team assembled is largely considered to be one of United’s finest.

Very proud to be awarded a testimonial by @ManUtd in partnership with my new foundation @_MCFoundation #CarrickTestimonialpic.twitter.com/ddkFJv5Gnb

Carrick had joined United in 2006 for a £18.6million. The 2007/2008 season was perhaps the year of his greatest achievements. United triumphed in the Champions League against rivals Chelsea. Carrick even scored the second penalty of the shootout. Since then the midfielder has earned more praise for his incredible passing and his knowledge of the game. Former manager Alex Ferguson said of him in 2015: “I think Michael’s the best central midfielder in English football.”

Continuing to be an important starting player for United, the board has offered Carrick another year on his contract. The midfielder spoke about his appreciation for the club:

“To have played for the greatest football club for 11 years is something that I’m very proud of and it is an honour to have been given a testimonial,” the player told the club’s official website.

“The game will be very special for myself and my family and I hope it will also be a memorable day of celebration for all involved. It is such a privilege to have this amazing opportunity and I’m excited at the prospect of bringing together some former team-mates as well as some of the best players I’ve played against. The incredible support I’ve received over the years is something I’m very grateful for and I could never thank you, the fans, enough.”

Carrick also received praise from manager Jose Mourinho for the positive influence he has had on the team.

“I am delighted Michael has been awarded a testimonial.”

“Michael is a phenomenal person and a true professional. He gives stability in our game and mental freedom to the other guys around him to be more attacking. He has a big understanding of the game and is a great role model for our younger players. This will be a fitting way for Michael and his family to celebrate his achievements over the past 11 years and for Michael to create a lasting legacy through his foundation.” 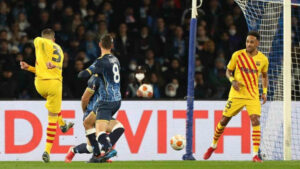