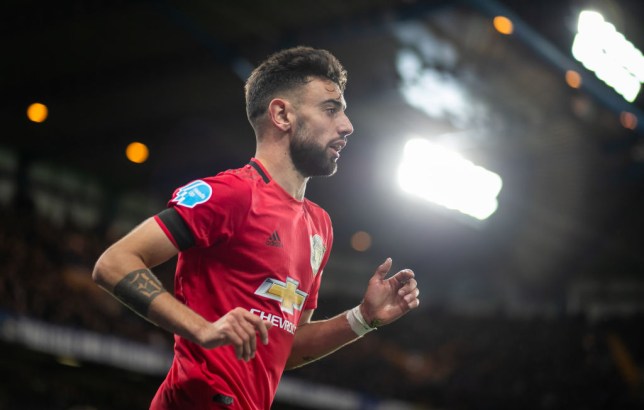 Bruno Fernandes has hit the ground running since being offered his much-desired transfer to Manchester United. The team’s most recent match, against Watford, saw the midfielder contribute to all three of the team’s goals. Here are Fernandes stats since arriving in the Premier League in early 2020.

Contents show
1Bruno Fernandes has defeated the odds
2Fernandes has been involved in goals and assists in every game he has played
3Hopes are that Bruno Fernandes can perform against the likes of Liverpool or Manchester City
4Bruno Fernandes is helping create Ole Gunnar Solskjaer’s vision for United
4.1Related

Bruno Fernandes has defeated the odds

Certainly a good player, Fernandes was seen with skepticism by some observers. It would be unfair to put all the weight of expectation on his shoulders, however, Fernandes has kick-started a resurgence of sorts since joining Man. Utd.

Against Watford, last night, Bruno Fernandes scored once from the penalty spot, provided an assist and was involved in Anthony Martial’s first goal. So far, he has amassed one goal and three assists in the EPL.

To be fair, United’s problems of late have not been their performances against Top six sides. Having said that, their creativity has lacked in several of such games. Bruno Fernandes’ confident display against Chelsea, shows a player that can perform well under pressure.

Ole Gunnar Solskjaer is not an experienced manager, sure. But, the fact that he inherited a squad that had underperformed in seasons prior, did not help matters.

There’s certainly plenty of room for improvement, but, lately, all of Ole’s transfers have played well. Harry Maguire and Aaron Wan-Bissaka were involved in goals in the team’s victory against Chelsea. Daniel James is now a starting player. And, although Odion Ighalo has some way before proving himself, his arrival plugs an important gap in Manchester United’s attack.

Bruno Fernandes is in the news nowadays for all the right reasons. Fernandes is winning fans over quickly. And, although he cannot be expected to singlehandedly change the team’s fortunes, he has proven more than capable of playing in a competition of Premier League’s standard.