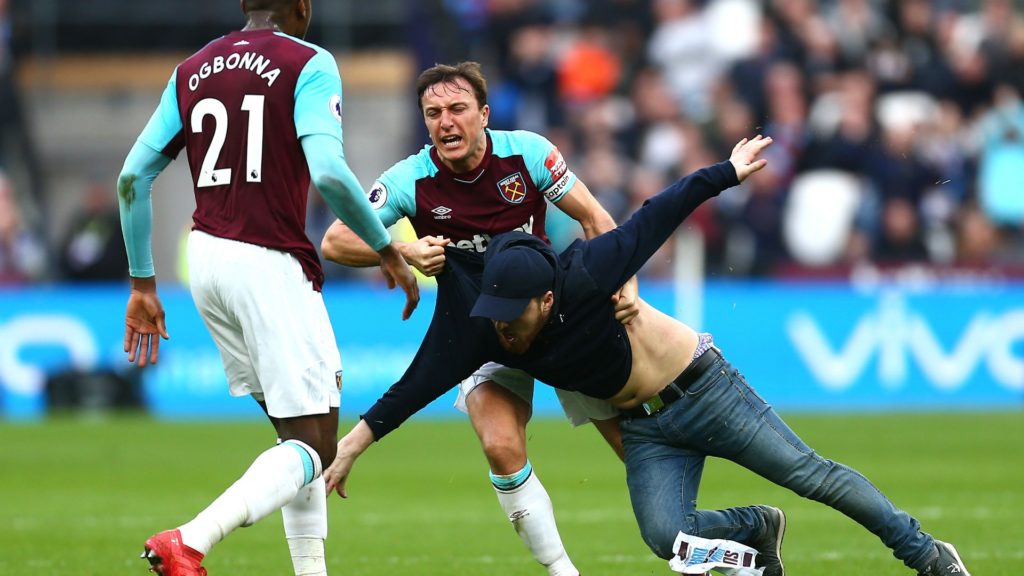 Troubles reached fever pitch for West Ham United, as fans invaded the pitch in the team’s game against Burnley. The East London club now risks disciplinary measures that could include automatic relegation.

Contents show
1A disappointing season for West Ham
2Fans take out their frustration management
3Where do the incidents leave West Ham United?
3.1Related

A disappointing season for West Ham 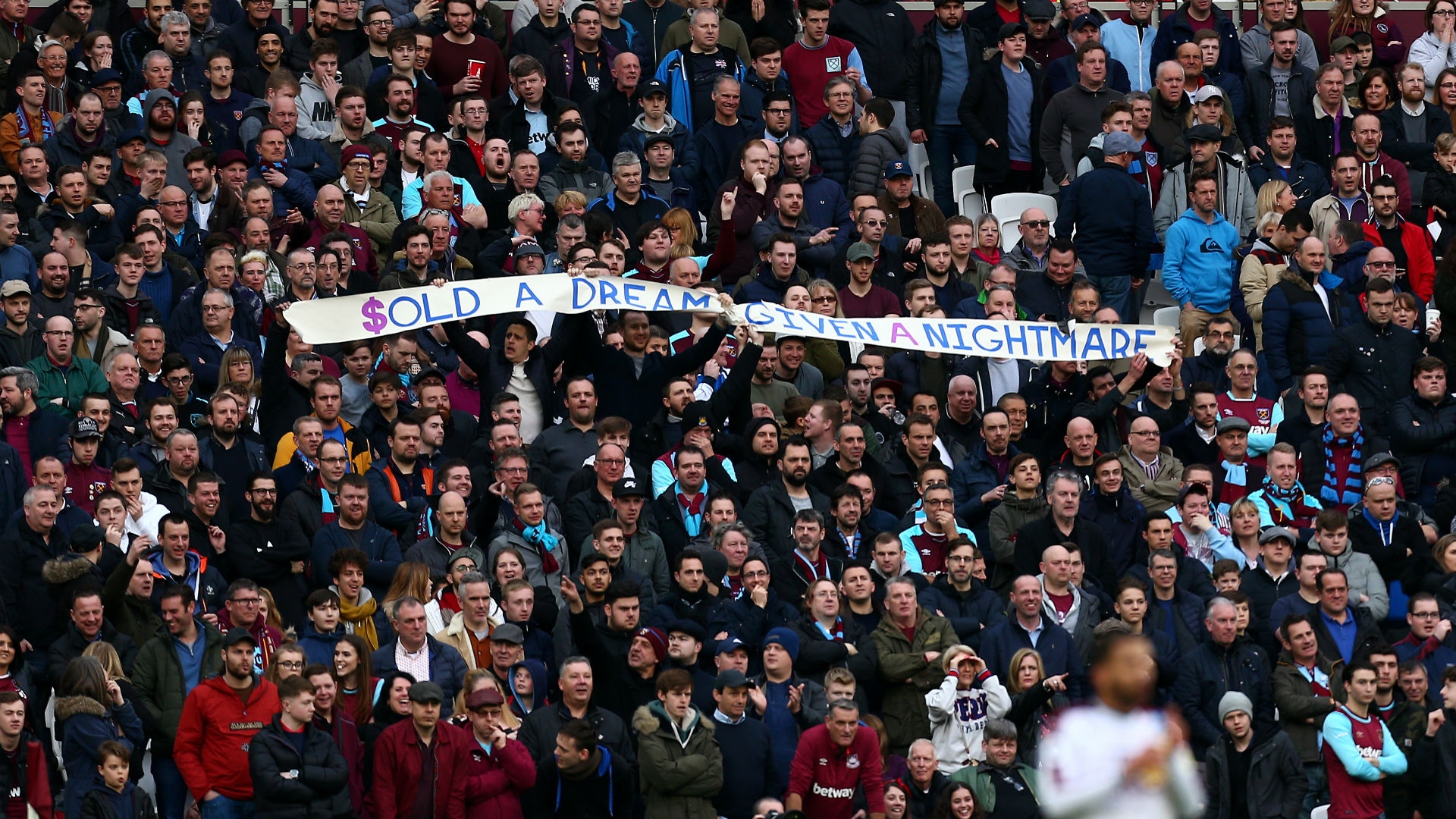 Where did West Ham’s season go so horribly wrong? It’s difficult to pinpoint. The club finished in a respectable 11th place last season. The team had performed well and there was reason to hope for bigger and better things. Therefore the club’s management invested heavily, breaking their record transfer fee twice within a year. They also inflated expectations even more by declaring their team’s objective to be the Premier League trophy.

Less than one year later the team has sacked manager Slaven Bilic and replaced him with David Moyes, a manager with a fickle record. The team is bordering on relegation. And the fans are routinely raging against the club.

The trouble in fact boiled over in Saturday’s game against Burnley. Shortly after Ashley Barnes’s goal for the visitors, West Ham fans walked on to the pitch, angrily voicing their displeasure at the team’s performance. It only got worse when team captain Mark Noble got involved in a  physical altercation with one of the fans.

Fans take out their frustration management 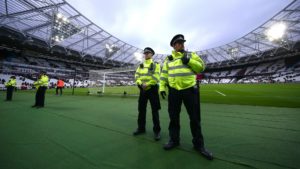 Further issues were reported in the stands. The clubs’ co-chairman David Sullivan was allegedly struck by a coin thrown from the supporters’ area. The official was escorted away from the stands. A West Ham representative said this of the incident.

“Before the final whistle, two of the directors went upstairs – were asked by the security people to do so. I think a coin did hit David Sullivan on his glasses. I didn’t see it but I did have that confirmed, which was part of the reason why they thought people in the directors’ box should go inside to save any more problems like that.”

“I saw some families leaving because the youngsters were frightened. The level of aggression was something I couldn’t believe a West Ham fan would get involved in.”

“Where were the stewards and police?” David Sullivan is said to have commented. The referee clearly had a tough choice on his hands. West Ham ended losing the game by a 3-0 scoreline. But all the goals were in fact scored on the pitch as the game was never called off. David Moyes says that perhaps letting the game play on was the wisest decision at the time.

“No, not at any time. Actually the big thing was to say get on with it – keep playing. I can honestly say I never saw any police. I didn’t even look around to see if there was anybody there,”  Moyes said at a post-match news conference.

Where do the incidents leave West Ham United? 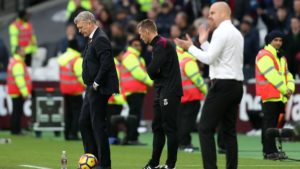 Simply put the club is almost guaranteed to be hit by massive disciplinary measures. Former player  Sir Trevor Brooking says that if the “aggressive atmosphere” is to continue the club could face relegation. Action could also be taken against team captain Mark Noble who was seen pushing one of the intruders.

Currently West Ham is three points safe of the relegation positions. The team has clearly performed below expectations, but manager David Moyes attempts to remain optimistic. “I ask now that we stick together and make sure we have enough points to still be a Premier League team at the end of the season,” Moyes says.

Bad news aside, the Premier League and all of the games there are to be part of the FootballCoin contests. Join for a free chance at winning important cryptocurrency prizes. 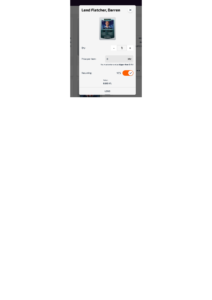 Auction for collectible cards in FootballCoin