Arsenal manager Arsene Wenger defender Hector Bellerin in the face of recent criticism from fans. Bellerin was seen as one of Arsenal’s weakest links in the defeat to Crystal Palace.

In a disappointing season where the team underperforms there is plenty of blame to go around.  Arsenal fans have chosen manager Arsene Wenger as their prime target. Wenger has been unsuccessful at winning important trophies for the club in recent years. The manager has been able to deliver constant qualifications to the Champions League. However, Arsenal is generally the victim of teams like Barcelona or Bayern in the knockout stages.

When it comes to players, Arsenal fans believe some of the stars are disinterested and unmotivated, while other players simply lack the abilities required. Hector Bellerin has been the focus of the criticism with fans chanting against the defender wearing the Arsenal shirt. Arsene Wenger believes it is unfair to single out one player for the bad results. Wenger also reminded fans that Bellerin is recovering from an ankle injury and often is playing through pain.

“I think yes, it is unfair, as he is guy who is genuinely Arsenal and wants to do well,” Wenger commented ahead of the game against Middlesbrough. “He is ready to play with pain and I think it is [unfair]. He has not come back to his level since he has been injured. I think for a while he was [still feeling pain].”

“Then you get bad habits and you forget that your job first is to defend and win challenges because you protect yourself a little bit. Then you realise you have to come back and I think now he is trying to focus again on what is important, to defend well and afterwards he can give us that extra bit [going forward] that is important as well. I agree that for a while he was not the Hector Bellerin we had seen at the start of the season.”

@HectorBellerin on the in training earlier… 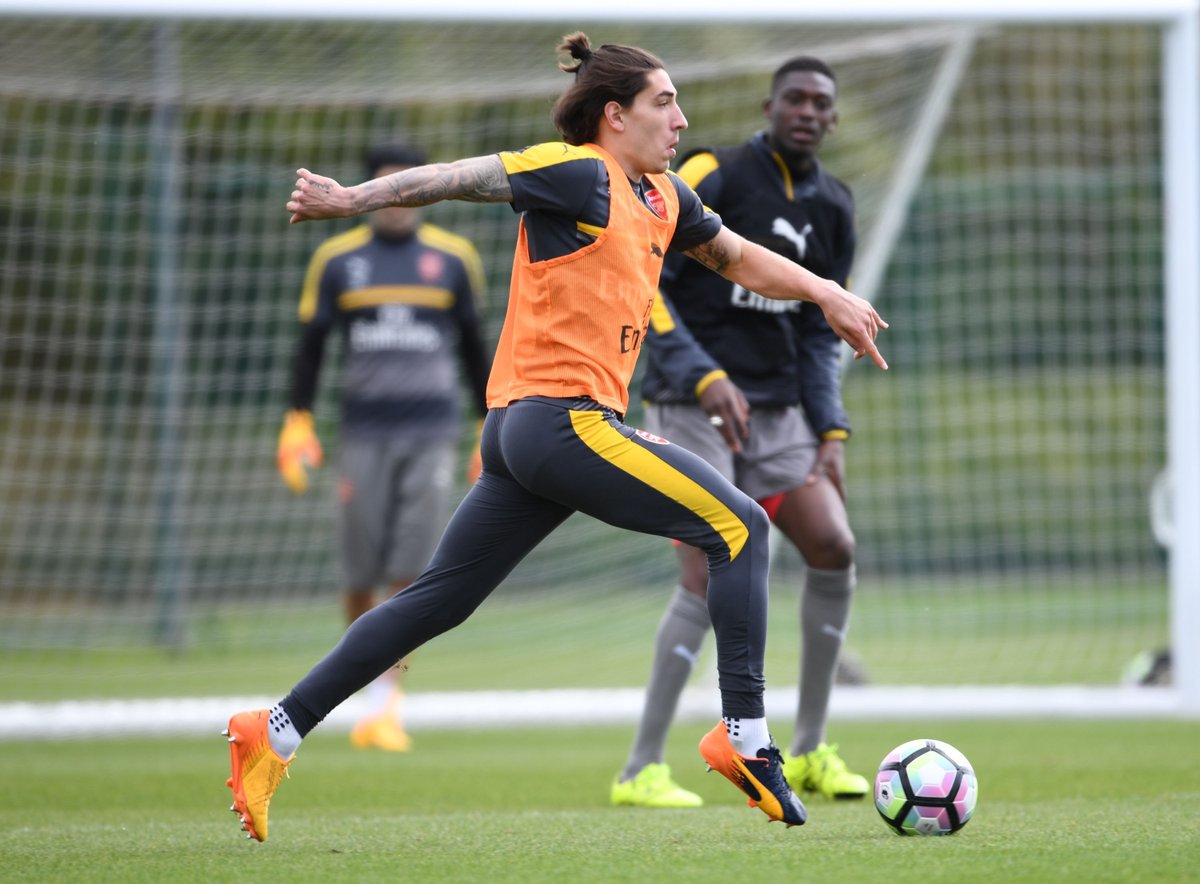 Wenger called for the fans to show their support at this difficult time. The manager believes that by being united the team can make a comeback in the last stages of the season. “The fans want to be behind the team and the way we respond on the football pitch will decide the attitude of the fans. “

“The fans love the club. It’s a good period to be united and not divided. Historically Arsenal has been about that. One of our values is to be together. There’s no better period of the season than to show it now. The players are focused and they are conscious that they want to respond [to the Palace defeat]. They accept completely that we were not at the level.”

Arsenal star  Mesut Ozil also commented on the difficulties Arsenal has faced this season. The German singled out the Champions League tie against Bayern Munchen as the moment when things started going wrong for the team.

“The devastating loss at Bayern Munich this season is undoubtedly one of the darkest hours of my footballing career. It’s in the top five of the most humiliating defeats I’ve suffered.  We were positively prepared for the game.

“Arsene Wenger had revealed to us his game plan. He was very clear about his ideas – and they were good ones. Our intention was to go all out for Bayern’s central defender Mats Hummels; to prevent him from opening up the game which he does so brilliantly, ” Ozil talked about in his recent book’Gunning for Glory’.

Arsenal need to ensure they win the game against Middlesbrough . The team has fallen to seventh place. A victory would see them move back to fifth place for the time being. The team’s objective is to reach the familiar fourth position which would ensure them Champions League qualification.

Ozil says there is no single person to blame for Arsenal’s failure. “The fact is, we all failed. We were all bad.” However, the midfielder thinks that this can be a learning experience for the team. “It was a performance we can’t just brush aside. No, we have to learn our lessons from it”.