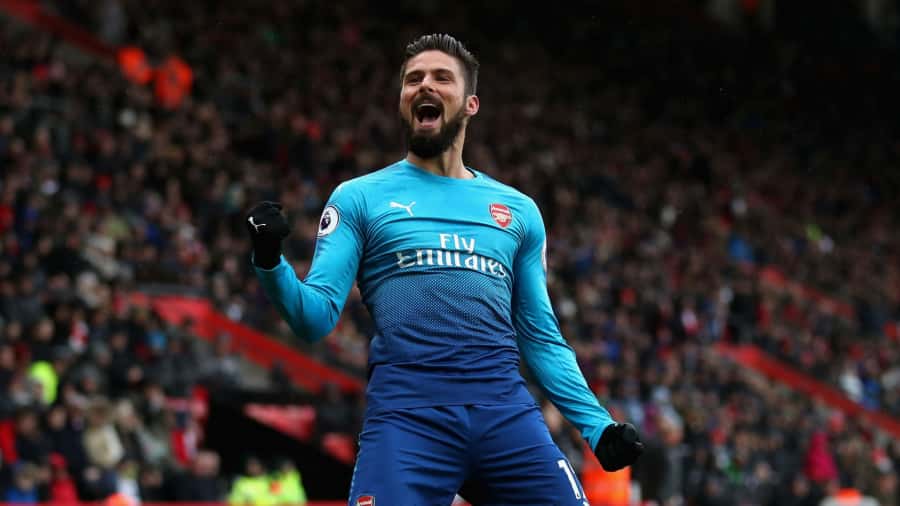 Arsenal unwilling to lose Giroud in January from FootballCoin on Vimeo.

Arsene Wenger says that losing Olivier Giroud is simply not an option at this stage as the player is far too important for the club.

Aresenal’s performances in recent seasons have been somewhat below regular standard. Plenty of characters around the club have been blamed for the poor performances, not least of all striker Olivier Giroud.

Since it had been argued that Arsenal was missing an efficient striker to resemble the like of Thierry Henry, Ligue 1 goalscorer Alexandre Lacazette, was brought in for the team this summer. When the striker arrived in London, it was assumed that Olivier Giroud would be convinced to leave the club in order to get more opportunities to play.

Giroud was indeed given somewhat fewer opportunities to start for Arsenal, but he has made the best of his time on the pitch. The Frenchman’s latest for Arsenal was scored in the dying stages of the game against Southampton. The striker saved Arsenal’s blushes and the earned an important point.

Asked whether we should expect Giroud to leave the Gunner during the Winter break, Wenger vehemently denied the rumors. “Why would Arsenal let a player as good as him leave?”. Indeed. Arsenal is especially in need of talented and dedicated players at this stage.

By all accounts, Arsene Wenger and the club are dealing with one of their most difficult seasons, one in which they are required to perform well beyond the performance of last season. There are rumors that certain players, like Sanchez and Ozil, will likely look for a way to leave the club soon enough. Olivier Giroud can certainly still have an important role in the team. The Gunners will be looking to succeed not only in England, but also in the Europa League where they are the favorites to win the trophy.

Is Bravo better than Joe Hart? Guardiola believes so

Mourinho and players inspect pitch prior to final