Bundesliga proved to be not only one of the most popular football leagues in Europe, but, in 2020, two German teams reached the semi-finals of the Champions League, with Bayern Munchen winning the trophy. With this in mind, it’s time for FootballCoin to update its card ranking for the German top tier.

Fantasy Bundesliga updates: from 3* to 4*

Neuer and Gulacsi the goalkeepers of Bayern Munchen and RB Leipzig, the two teams that made it to the final four stages of the biggest continental competition in Europe, are both upgraded to 4*. It’s a show of respect for two of the most reliable and skilled keepers in international football.

Bundesliga excels when it comes to strong, tactically-dependable defenders. Bayern’s Benjamin Pavard and David Alaba, recent UCL medal recipients make the jump to 4*. So does Joshua Kimmich, one of the league’s undisputed stars.

Bayern Munich’s midfield line was absolutely superb this season. Thomas Muller made a striking comeback providing numerous assists along the way. Leon Goretzka became the despot of the half-line, not least of all due to a change in physique. And, Thiago Alcantara’s technique, work-rate and positioning proved tremedous assets in Bayern’s successful UCL bid.

Robert Lewandowski may have been unfairly denied the Ballon d’Or this season. However, the Polish forward was the top goalscorer in all club competitions. He rightfully deserves to be featured as a 4* card.

Joining him are fellow Bayern attacker Serge Gnabry and Kingsley Coman, both who scored goals in critical moments for the Bavarians. Finally, Jadon Sancho, England’s wunderkind who is desperately sought over by Manchester United, gets a ranking as well.

Bundesliga returns for a new season. We couldn’t be happier. Don’t miss the action, or the chance to create your ultimate team in FootballCoin, the most complete fantasy football game! 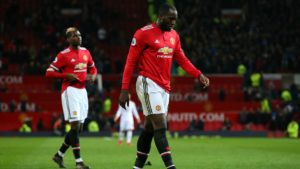